Coronary artery disease (CAD) is being recognized as a chronic inflammatory disease (1). A high-fat meal induces low-grade endotoxemia (2) and the levels of endotoxin have been associated with a threefold risk of atherosclerosis (3). Furthermore, the levels of endogenous anti-endotoxin antibodies (EndoCab), LPS binding protein (LBP) and soluble CD14 (sCD14) were found to be important in determining the activity of endotoxin (4,5). These three components play an important role in conditions of acute inflammation like septicemia as in post operative surgery (4). The findings in literature reveal that in CAD subjects serum LPS and EndoCab levels were significantly increased while the levels of sCD14 was decreased indicating endotoxemia. LPS and EndoCab levels showed good positive correlation with the major risk factors of CAD (IMT, hsCRP and HOMA-IR), sCD14 showed a negative association with these risk factors. Based on these findings, serum EndoCab levels serve as a good prognostic marker for postoperative mortality rate associated acute inflammation as seen in septicemia and endotoxemia (4). Both IgG and IgM EndoCab levels become rapidly depleted during acute septicemia from different sources of sepsis (6). However, the levels of IgG EndoCab increases in situations of chronic exposure to endotoxin as seen in conditions like inflammatory bowel disease (7), Crohn’s disease (8), urinary tract infections with renal stones (9) and obstructive jaundice (10). The moderate endotoxemia with increased Endocab and decreased sCD14 together suggests sustained immune activation resulting in chronic inflammation. In summary, chronic low-grade endotoxemia, as seen in the case of CAD, was associated with increased levels of EndoCab and decreased levels of sCD14 and was associated with chronic inflammation as seen by the elevated levels of TNF-α, IL-6 and IL-1β. These findings are confirmed in a population based study which systematically reviews components of microbial translocation in age and gender matched CAD subjects and that too in a high risk ethnic population (Asian Indians). 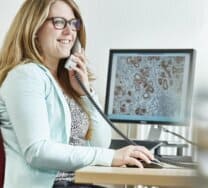