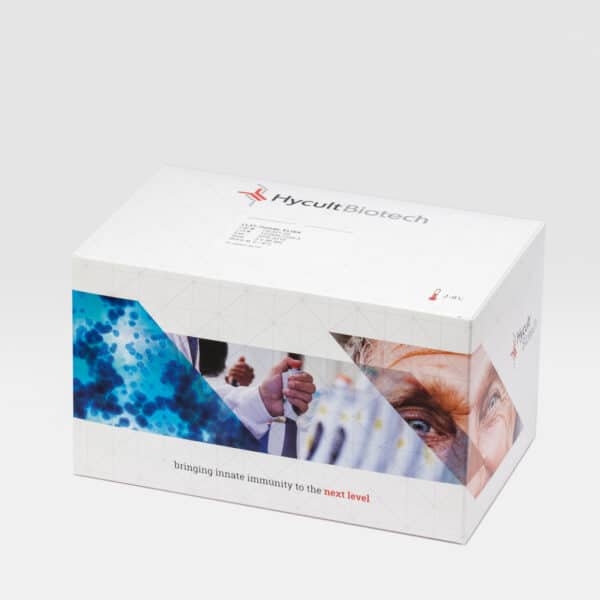 Eosinophil-derived neurotoxin (EDN), also known as RNAse2, is a member of the ribonuclease A superfamily. Its name is derived from early findings that it plays a role in neuronal damage as a result of damaging myelinated neurons.

Eosinophil-derived neurotoxin (EDN), also known as RNAse2, is a member of the ribonuclease A superfamily. Its name is derived from early findings that it plays a role in neuronal damage as a result of damaging myelinated neurons. Eosinophils are innate immune cells and are important inflammatory effector cells in allergic diseases, parasitic & viral infections and airway inflammation. Eosinophils are considered granulocytes and upon activation they secrete several proteins like eosinophil cationic protein (ECP), eosinophil peroxidase (EPO), major basic protein (MBP) and EDN. In a few studies expression of EDN has also been demonstrated in other leukocytes like neutrophils and non-hematopoietic cells. EDN is a single chain protein of 18 KDa. One of the main mediators, at least in lung, of eosinophil activation is IL-5 which mediates differentiation and proliferation. EDN is also capable to affect DCs and enhance antigen presentation. Thereby it acts as a alarmin. Eosinophil markers in blood are not disease specific, but can be an indication of participation of eosinophils in (chronic) inflammation. For a more local representation, it is known that EDN can also be measured in broncho-alveolar lavage (BAL), nasal fluids, sputum, urine, feces and cerebrospinal fluid. Levels have been associated with disease severity.

Application
The Human EDN ELISA kit is to be used for the in vitro quantitative determination of EDN in urine, BALF, feces, plasma and serum samples.
Principle
The Human EDN ELISA is a ready-to-use solid-phase enzyme-linked immunosorbent assay based on the sandwich principle with a working time of 3½ hours. The efficient format of a plate with twelve disposable 8-well strips allows free choice of batch size for the assay.
Samples and standards are incubated in microtiter wells coated with antibodies recognizing Human EDN. Biotinylated tracer antibody will bind to the captured Human EDN. Streptavidin-peroxidase conjugate will bind to the biotinylated tracer antibody. Streptavidin-peroxidase conjugate will react with the substrate, tetramethylbenzidine (TMB). The enzyme reaction is stopped by the addition of oxalic acid.
The absorbance at 450 nm is measured with a spectrophotometer. A standard curve is obtained by plotting the absorbance (linear) versus the corresponding concentrations of the Human EDN standards (log). The Human EDN concentration of samples, which are run concurrently with the standards, can be determined from the standard curve.
Recovery
Normal human blood samples (plasma) containing baseline levels of human EDN, were spiked with human EDN, in concentrations of 100 and 12.5 ng/ml. Samples with and without human EDN, were incubated for 30 minutes at room temperature. Samples were measured using the ELISA. Values for human EDN, ranged between 96% and 109%.
Product type
Assays
Quantity
1 x 96 det., 2 x 96 det.
Standard range
20 to 5000 pg/ml
Detection level
20 pg/ml
Working volume
100 µl/well
Cross reactivity
Horse – No, Mouse – No, Pig – No, Rat – No
Alias
RNAse2
Storage and stability
Product should be stored at 4 °C. Under recommended storage conditions, product is stable for at least six months.
Precautions
Note that this user protocol is not lot-specific and is representative for the current specifications of this product. Please consult the vial label and the Certificate of Analysis for information on specific lots. Also note that shipping conditions may differ from storage conditions. - For research use only. Not for use in or on humans or animals or for diagnostics. It is the responsibility of the user to comply with all local/state and federal rules in the use of this product. Hycult Biotech is not responsible for any patent infringements that might result from the use or derivation of this product.
Disease
Infectious diseases
Assay Manual